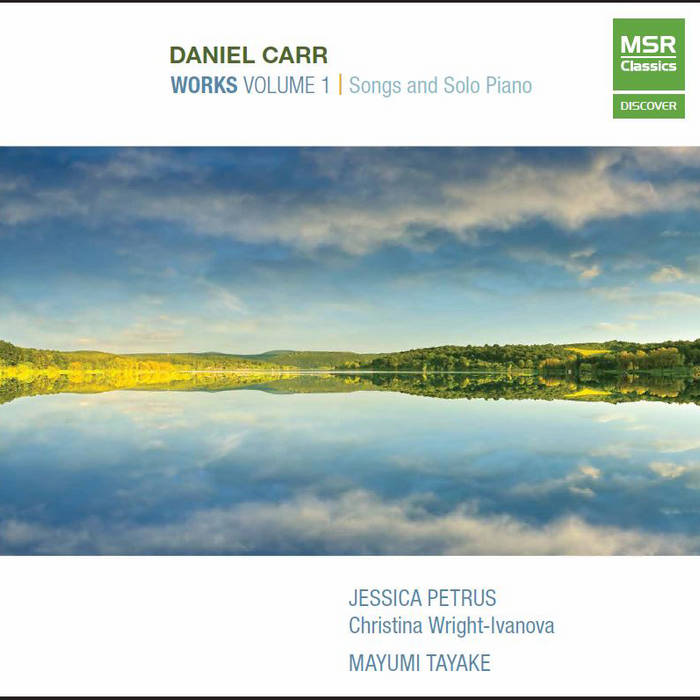 A native of Providence, Rhode Island, DANIEL CARR composes music that has been described as being “undoubtedly of the 21st century”. His work is highly virtuosic, yet retains the lyricism, driving rhythms and colorful harmonies which audiences delight in hearing and musicians enjoy playing. Carr grew up in a musical home, where both parents and all of his siblings were musical. His father was a piano tuner and technician, so there were always several pianos, organs and other instruments throughout the home. It was not unusual for several family members to be playing pieces in completely different genres on different instruments in different rooms throughout the house at the same time. Fortunately, there were times when the family played together in ensembles, inspiring Carr’s lifelong love of chamber music. Although Carr played violin and piano when he was young, he did not become interested in music composition until his mid-20s. His primary music teachers were his mother, pianist Naomi Carr, and Dr. Donald Rankin of the University of Rhode Island. He also completed courses in Theory and Counterpoint at Hunter College in New York. Carr graduated from URI with a degree in Finance in 1995, and from 1995 to 1997 lived in Lesotho as a Peace Corps Volunteer. His music is published by Nikoichi Publishing. Please visit danielcarrcomposer.com for more information.

Daniel Carr is a composer of 21st Century Classical Music.

Bandcamp Daily  your guide to the world of Bandcamp

Featuring Plunky of Oneness of Juju and Coldcut & the Keleketla! crew.